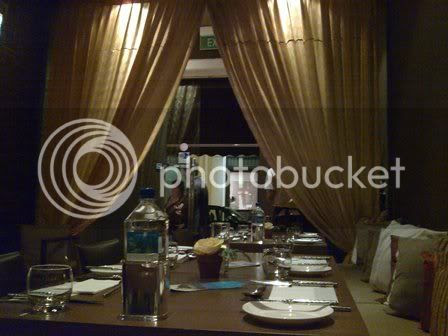 Fusion food is such a "1990s" term here in Singapore because it was very popular back in 90s. Many restaurants serving fusion of east + west food sprouted all over Singapore. Some were good while others were not so successful when merging the east with the west. Subsequently, quite a number of restaurants selling fusion food closed down as the taste buds of diners shifted to authentic and organic wholesome meals.

Parkway Thai, a very popular Thai food restaurant in Singapore, launched a relatively new restaurant named "Limon" serving Thai + Spanish fusion food. It's been a long time since a "fusion" restaurants opened in the heart of the city. 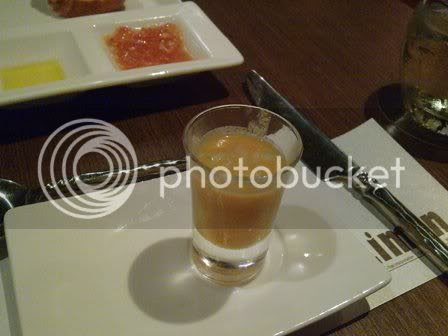 First impression of Limon is that the service staff is courteous and warm. Although the entire restaurant looks dark from the outside, it is actually quite cosy.

Once inside, we were served the complimentary appetizer made of some Thai herbs and vegetables which is suppose to excite the taste bud. There is also a plate of complimentary bread slices with 3 dipping sauces - A ball of butter, olive oil & this special Thai garlic and chilli dip. 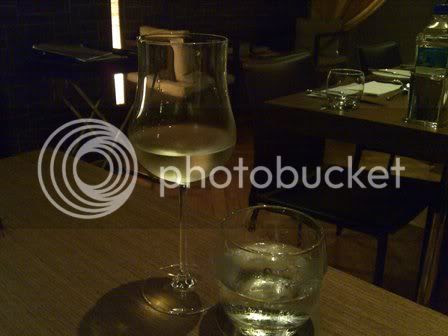 There is an ongoing discount for wines, and we had a bottle of white wine. It was not bad, but was also not very good either. I believe the discount was like 40%? 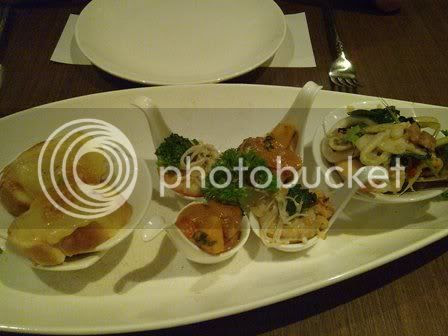 As this was also a spanish restaurant, the highlight of the meal was a variety of Tapas for 2 to share. There were grilled bread slices with cheese and seafood, which was absolutely delightful. There were also mini servings of crunchy prawns with Thai spices, and beef curry. On the right is a mixture of seafood with Tom Yam spices. I had no complaints with the seafood as they were extremely fresh.

There are many tapas to choose, so be adventurous when you dine there next time! 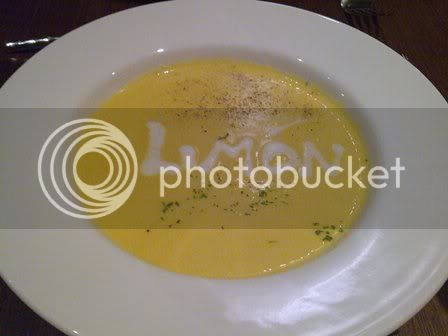 A surprise awaits us as the restaurant's name was prominantly displayed in their pumpkin soup. 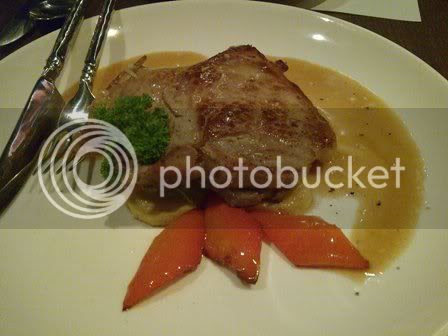 Grilled Pork Chops with hints of Thai spices. Pork chop was juicy and tender. The grilled red capsicum were surprisingly sweet, and goes very well with the grilled chunks of pork chop. Yummy! 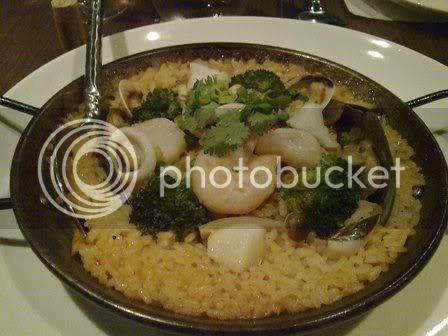 Spanish Seafood Paella (rice) with Tom Yum stock. Initially was afraid that the rice would be soaking with the Tom Yum soup, but luckily most of the flavourful stock were already absorbed by the rice. Seafood is fresh, but I still prefer the grilled pork chop than this Paella dish.

No desserts as we were too full.