The US$5.5 billion Marina Bay Sands integrated resort was officially opened to the public today on 27 April 2010, at an auspicious time of 3:18pm.

SparklingorStill was invited by Sands for a tour of the IR complex today, and also a special lunch buffet at Tower 1 of the hotel at Marina Bay Sands. 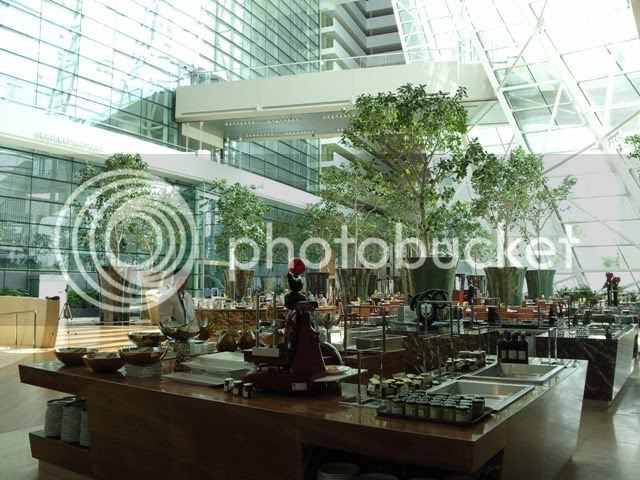 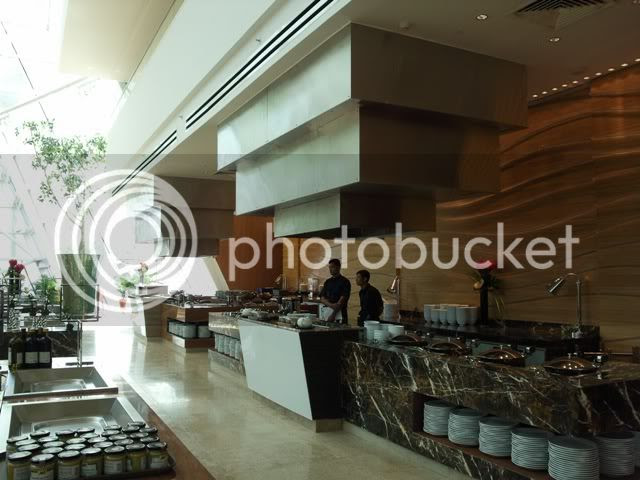 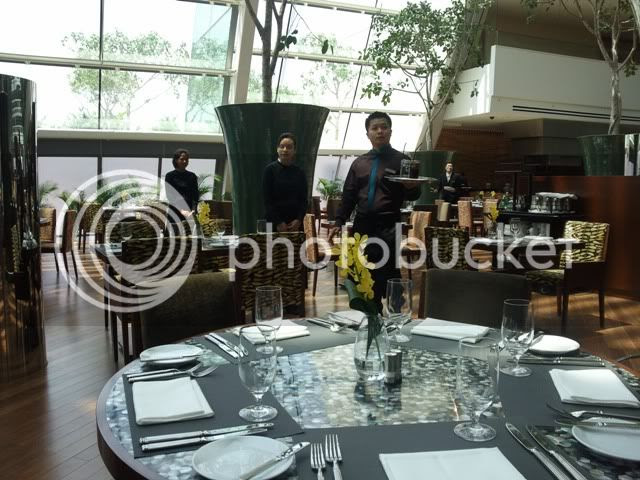 Service is very good here at Rise. A good indication that they train their service staffs well. 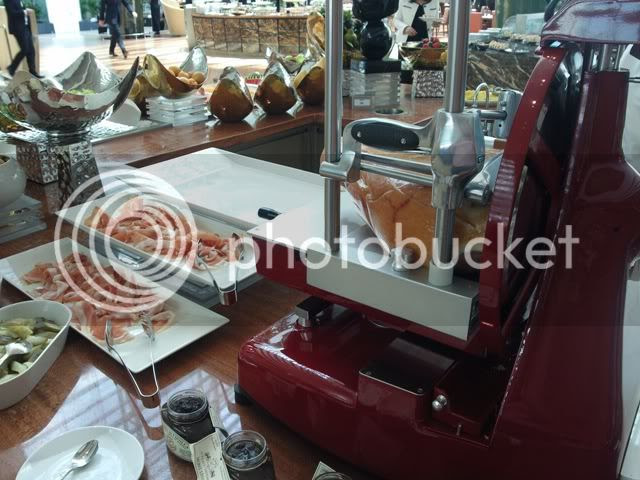 We start off with some shaved ham. The machine actually looks better than the ham! 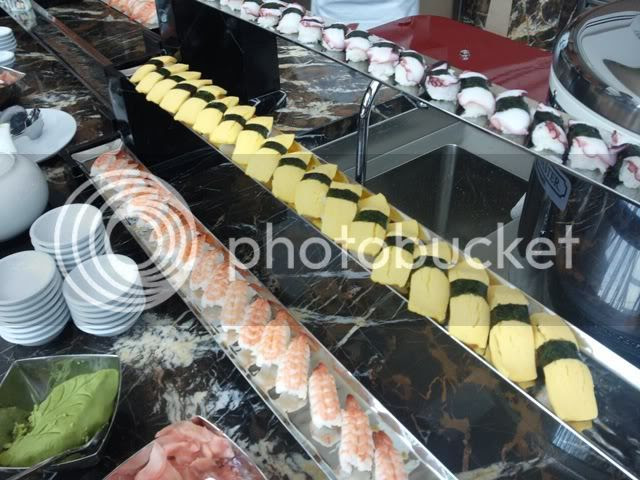 Assortment of sushi. Unfortunately, the sushi was not as good as expected. 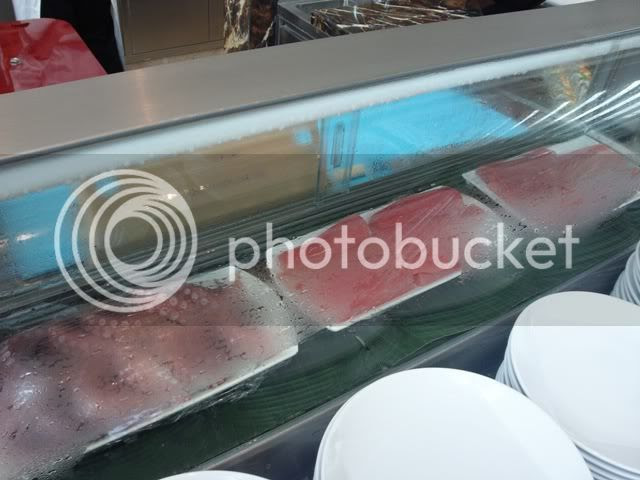 Neither were the sashimi good. 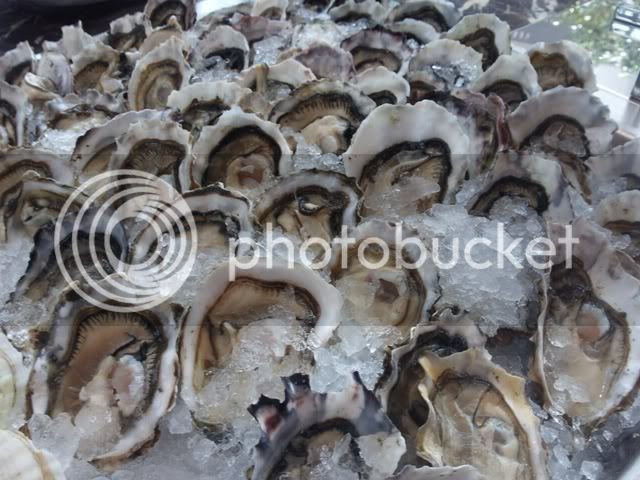 However, the oysters were good. Big, juicy and sweet. 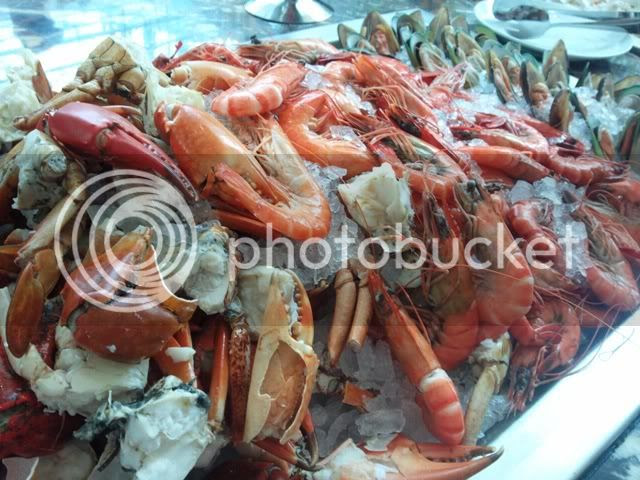 Although there were lot's of crabs, but most avoided them as it was difficult to eat crabs with your bare hands. On the other hand, the chilled prawns were very popular and I must compliment them on the freshness of the prawns. 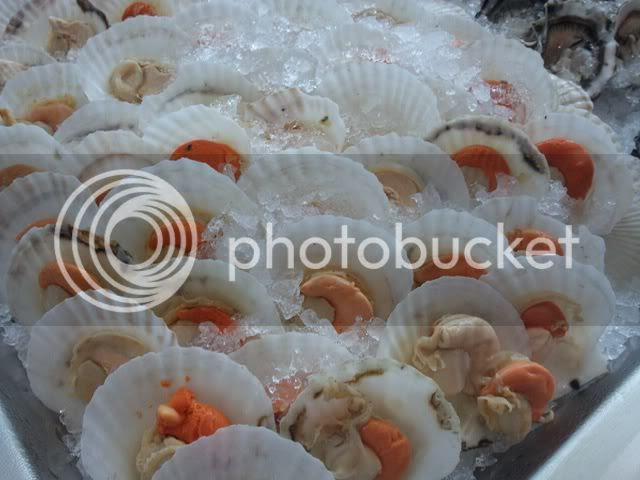 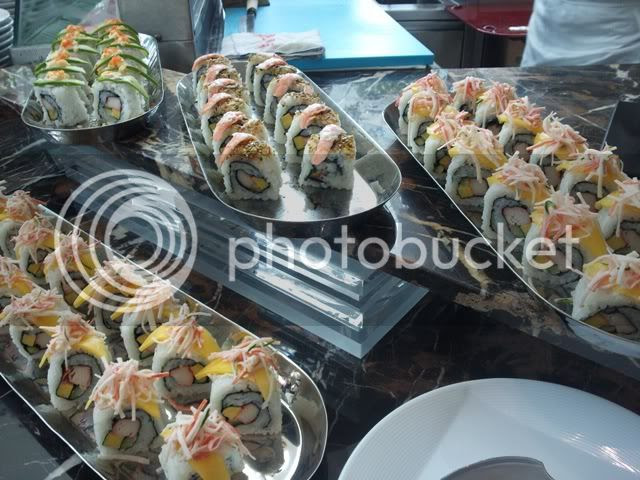 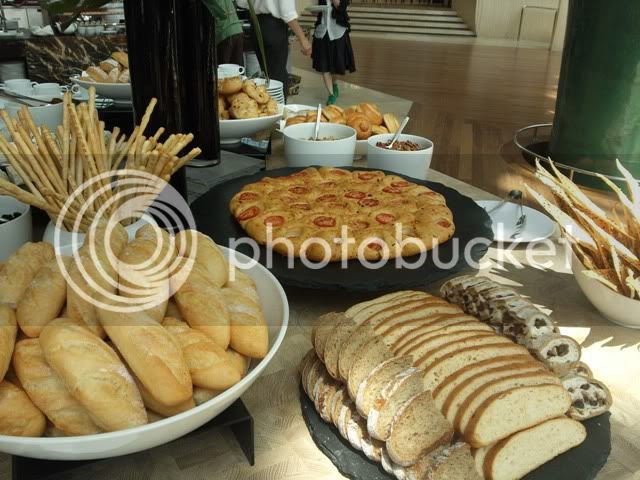 Marina Bay Sands does good bread. I think they must have gotten themselves a good pastry and bread chef. They were comparable to the breads I had in Europe. 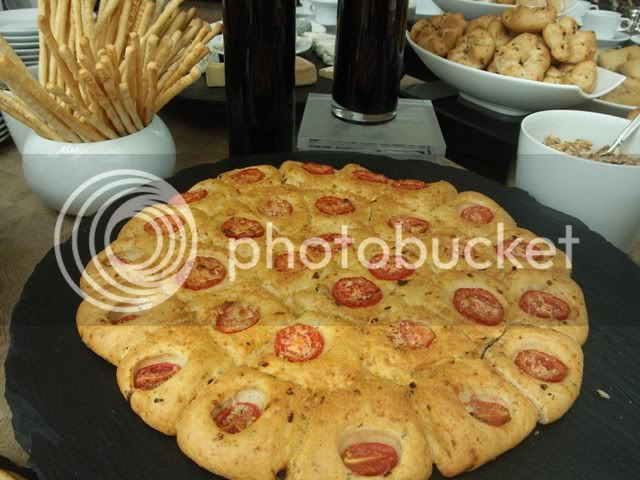 I especially like this bread. It goes well with..... 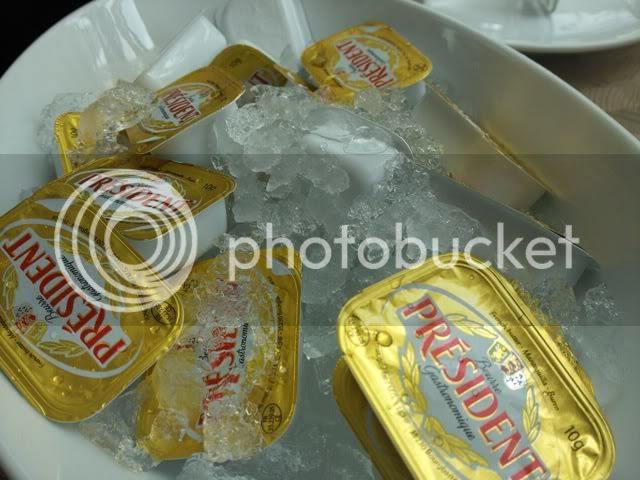 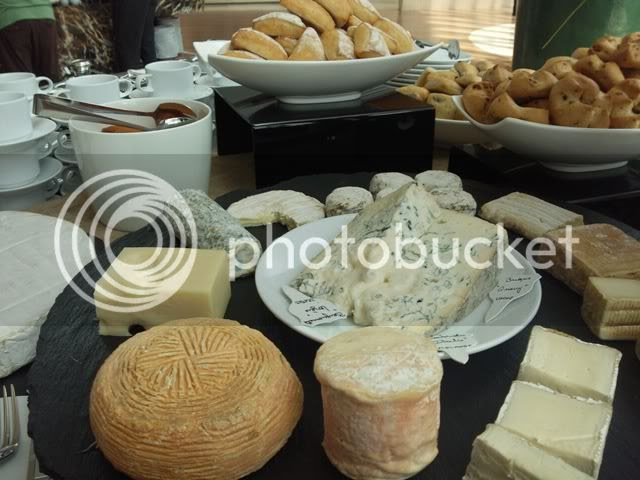 I didn't try these cheese. But the Ang Mor guests were crowding around the cheese counter. 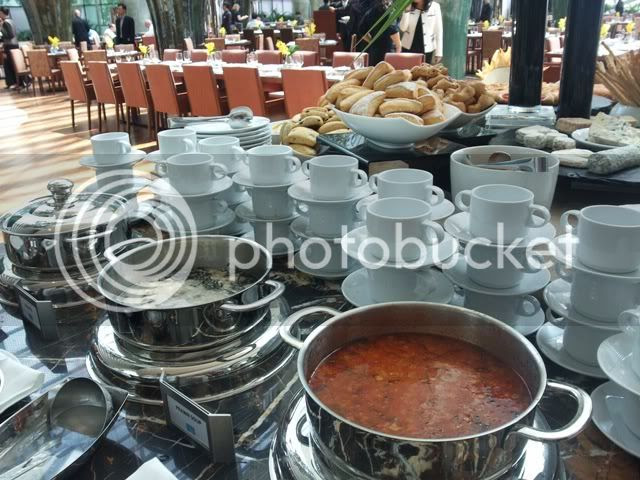 3 kinds of soups were served. I tried the Asian soup which was Shrimp and Tofu soup. Didn't really enjoy the soup. 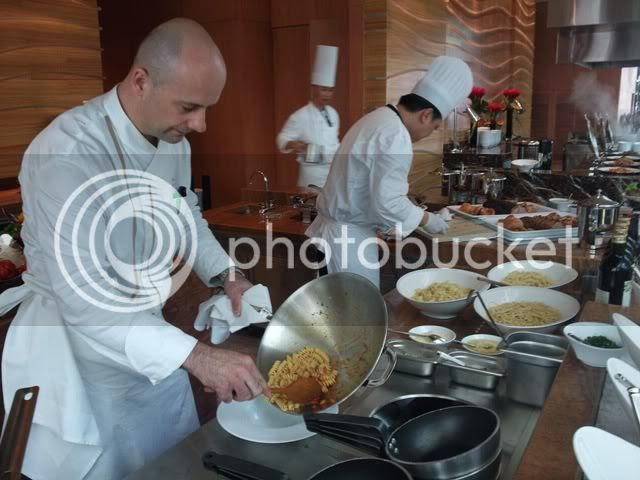 Let's move on to the hot station. First stop is the European station. Here, a European pasta chef cooks your pasta fresh on the hot stove. Wide variety of pasta, sauces and seafood or meat to choose from. Pick your favourites and let the chef cook for you. 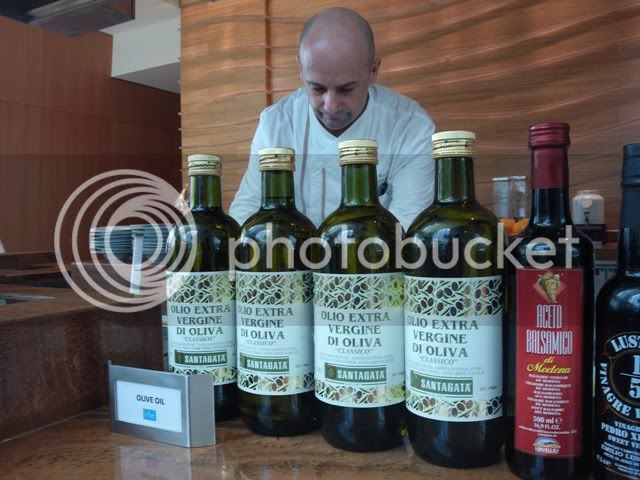 I don't think I have seen this version of Olive oil before in Singapore. Perhaps something new from them? 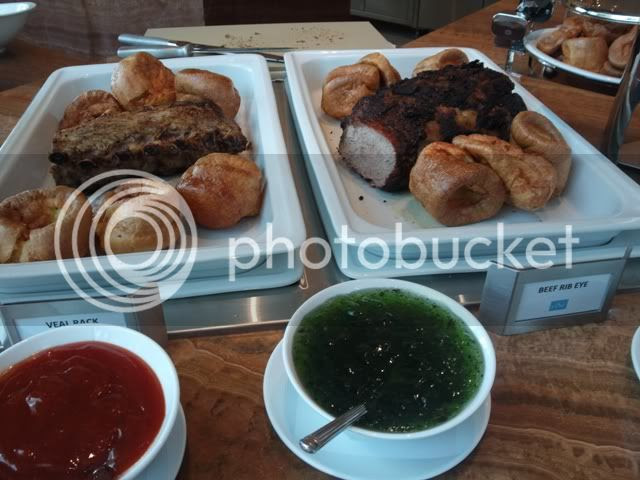 Both the Veal rack and Ribeye were excellent. Juicy and tender. 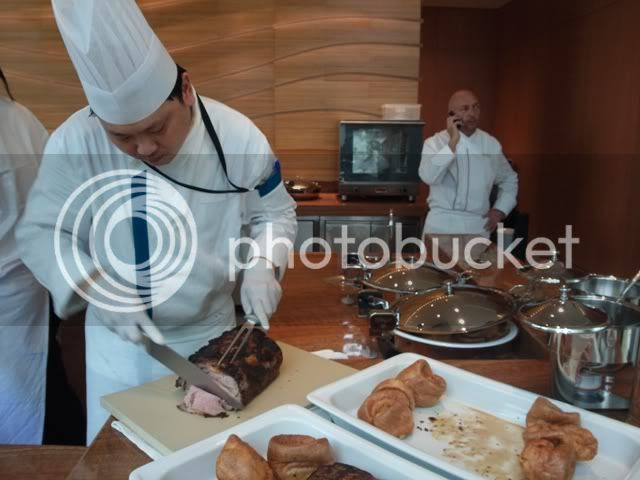 The chef is very generous with the cuts of meat. I prefer the Ribeye more. But to be honest, both are equally good. Beef lovers will love these items. 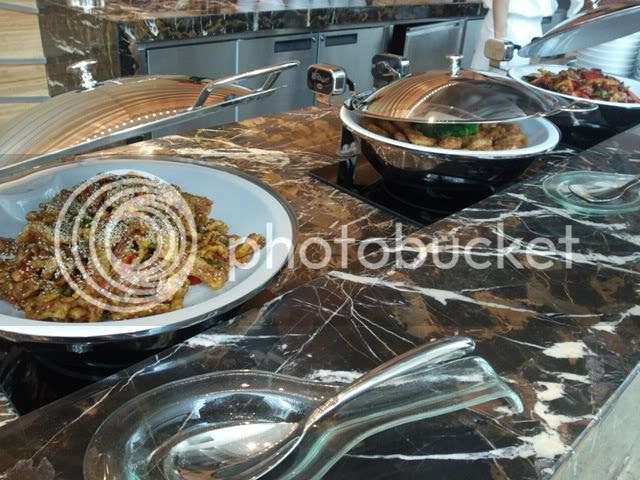 Over at the Asian hot station, a chef cooks fishball and prawn noodles on the spot for diners.

I will continue with more food items from both the hot stations, and also from the dessert stations tomorrow!