A few months ago, the local dailies reported that a "healthy" Chinese restaurant - Restaurant Ten, has opened along Purvis Street. Formerly known as Metropole Herbal Restaurant in Clark Quay, it moved to its current location a few months back. 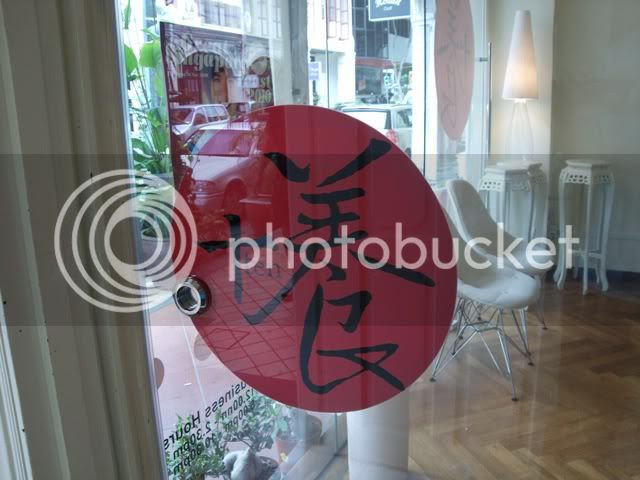 As we have not been to the former Metropole, we decided to give this Restaurant Ten a go. Restaurant Ten occupies the premise of the former Limon Restaurant which Sparkling or Still reviewed more than 1 year ago: http://sparklingorstill.blogspot.com/2009/04/limon-purvis-street.html 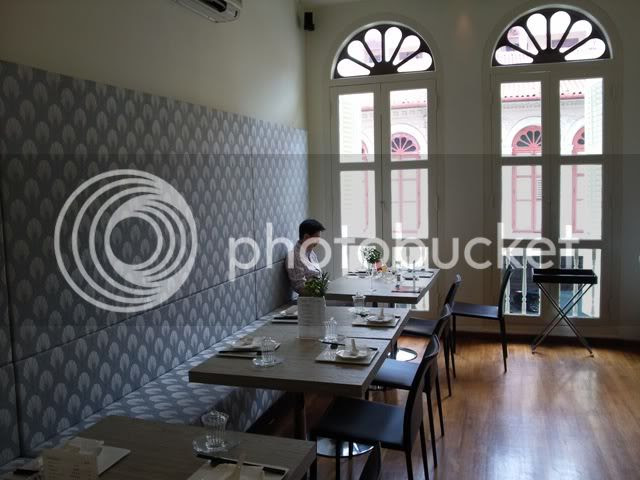 The manager ushered us to the 2nd floor as the ground floor was fairly packed. After browsing through the menu, we decided to order 2 sets of the Cod Fish Mini Abalone Menu (S$48++). 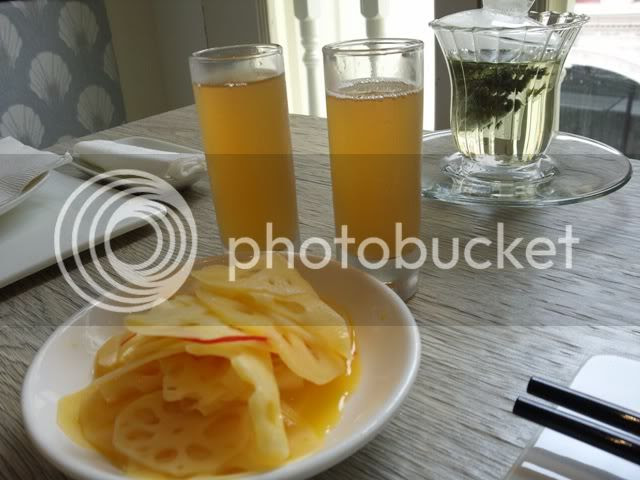 The lotus roots were really addicitive. 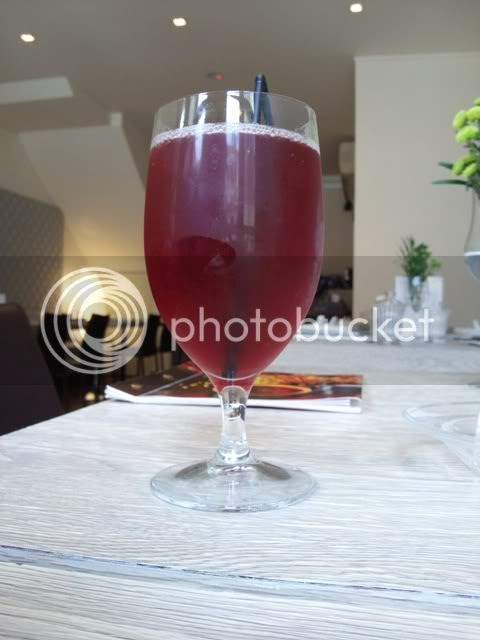 We also ordered a glass of Rosella with Hawthorn Juice (Cold) - S$3.50. 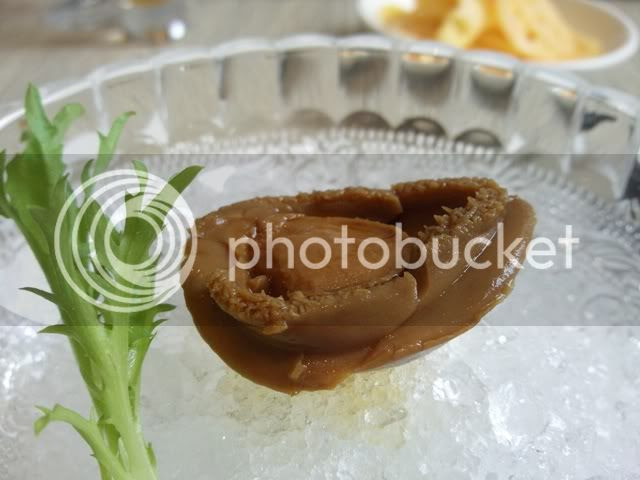 The first dish, the Chilled Abalone braised with Tang Gui, surprised me because the abalone was really tiny. It was laid out on a bowl of crushed ice. The abalone was pretty flavourful with hints of tang gui herbal marinade. 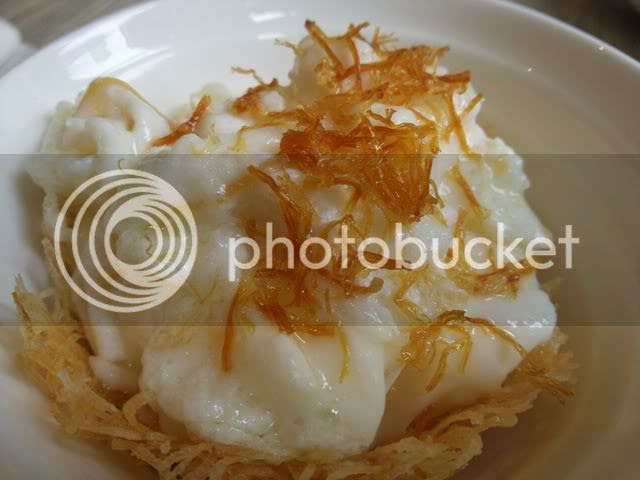 Egg White with Dried Scallop in Potato Nest, which is their in-house signature dish. To be frank, while this was a nice dish, I have tasted similar well executed versions in other restaurants too. THe egg white was creamy yet fluffy, and the shredded dried scallops added extra flavours to the otherwise bland dish. 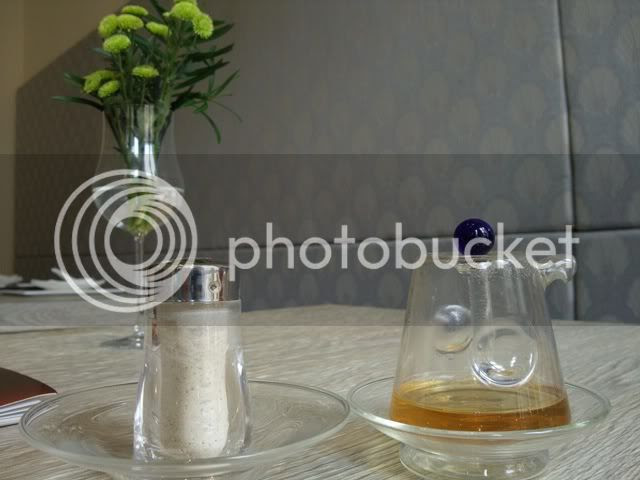 The manager encouraged us to add some Apple Cider Vinegar to the egg white. But I prefer mine with the original taste. 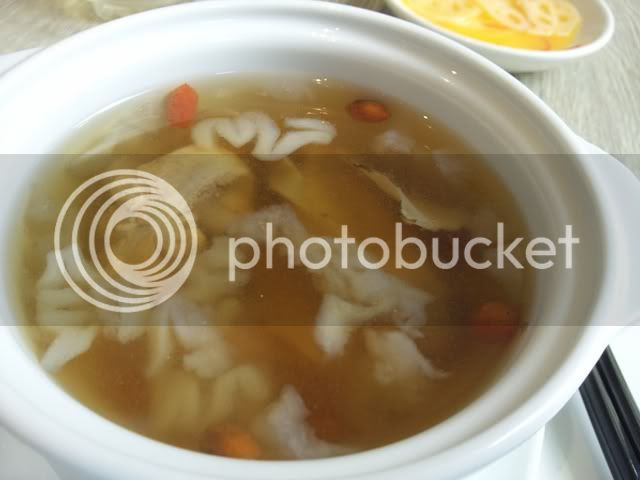 Soup was next: Double-boiled Hasmas with Chicken Soup. Restaurant Ten was generous with the Hasmas. The soup must have been double boiled for a long time because the chicken taste was evident in the soup. And it's not oily too. 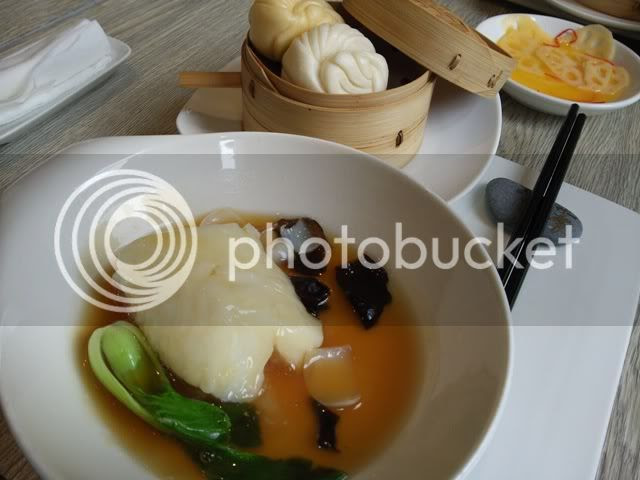 Buns were used to mop up the sauce from the fish. 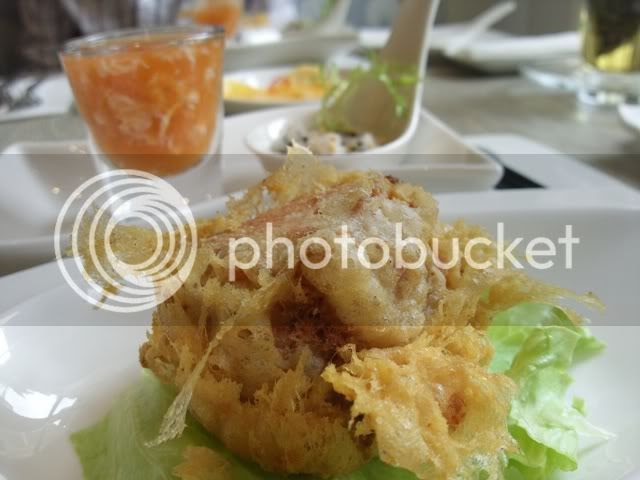 Crispy Tofu with mushroom and angle luffa. There were vegetable and meat fillings inside the tofu. 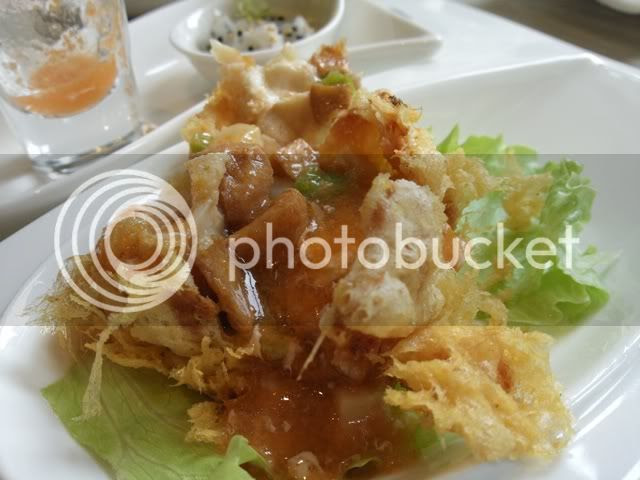 Crack open the tofu, and pour the orange savoury sauce over it. It's like a Chinese version of Tauhu Goreng? 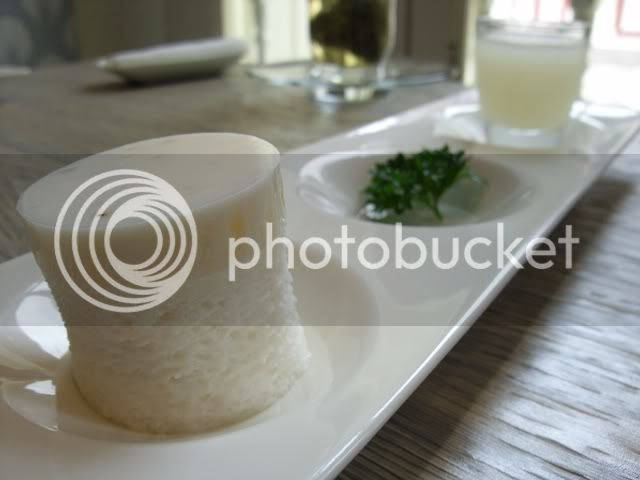 Ended our lunch with the Two Combination Dessert Coconut and soya milk jelly with Egg white Moose (foreground) and Pear juice (background). I didn't like the coconut jelly, but the pear juice was a nice touch to our set lunch. 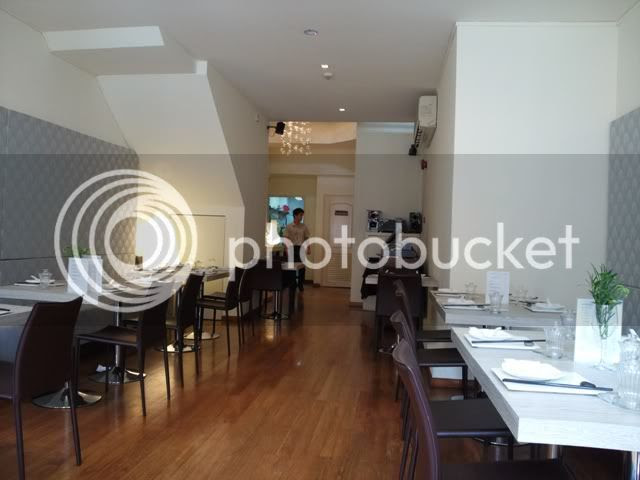 Some hits and misses here and there.