Capella is one of the world's most exclusive boutique hotel chains, and the Singapore hotel occupies 2 British colonial residences which are previously named "Tanah Merah". 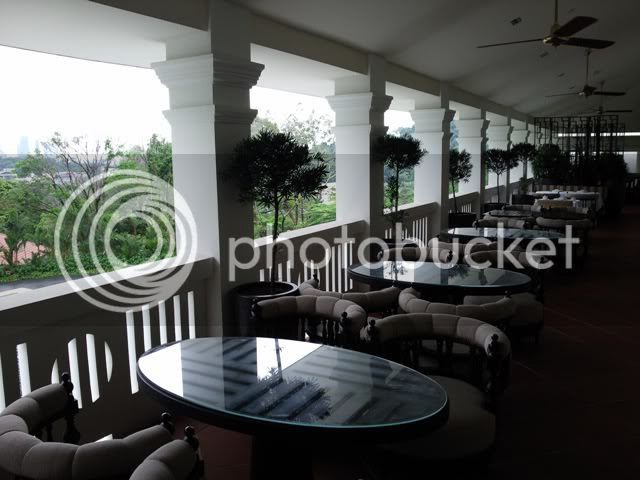 I was surprised at how cooling the outside seats were. Feels like how the British enjoyed their lives during the colonial days of Singapore. But of course given Singapore's unpredictable weather, we decided to go indoor. 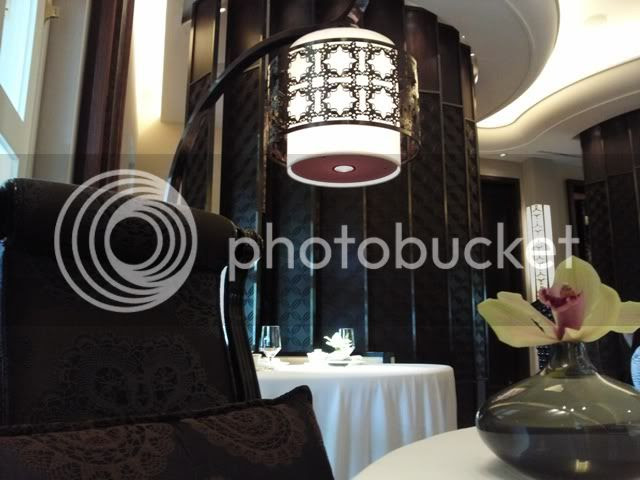 The decor of Cassia was really refined yet comfortable. In fact, it was one of the best designed Chinese restaurant in Singapore.

Chef Ooi Soon Lok, who previously worked as a Cantonese chef in Hong Kong and Germany, was helming the kitchen here in Cassia. According to some reports, the restaurant was named after the Cinnamon spice, reflecting how how spice ships used to sail through the Malaccan Straits between the Far East and the West to transport spices and other commodities. 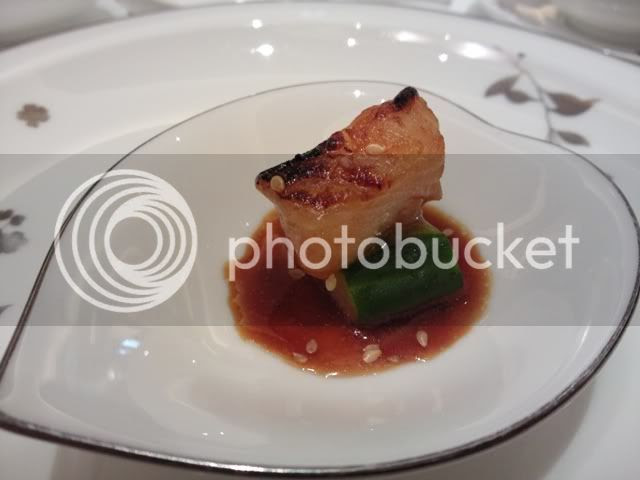 We started off our lunch with our amuse bouche - tiny piece of grilled fish with crunchy cucumber in Chinese sauce. 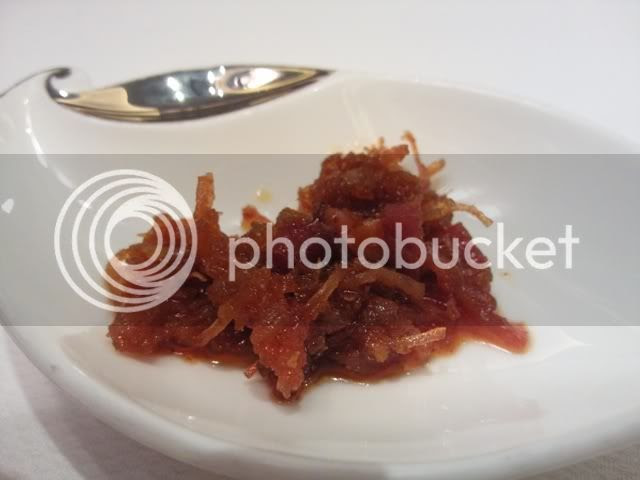 Cassia's version of the XO sauce was solid. It had lot's of excellent dried conpoy. 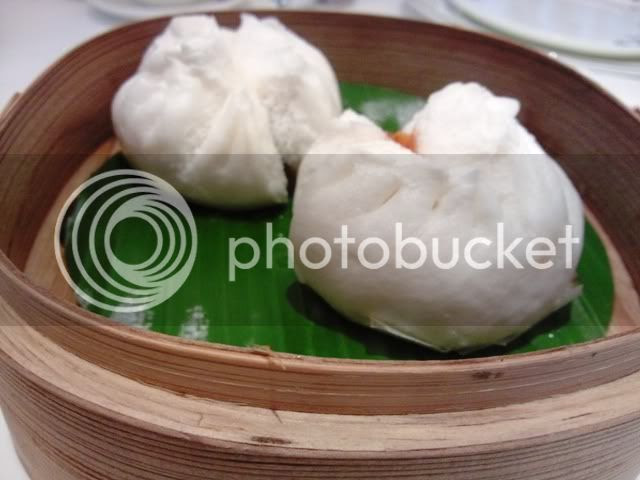 These 黑松露豪皇叉烧包 - Steamed Barbequed US Kurobuta Pork Buns (2 for S$4.80) were one of the best from a Chinese restaurant. 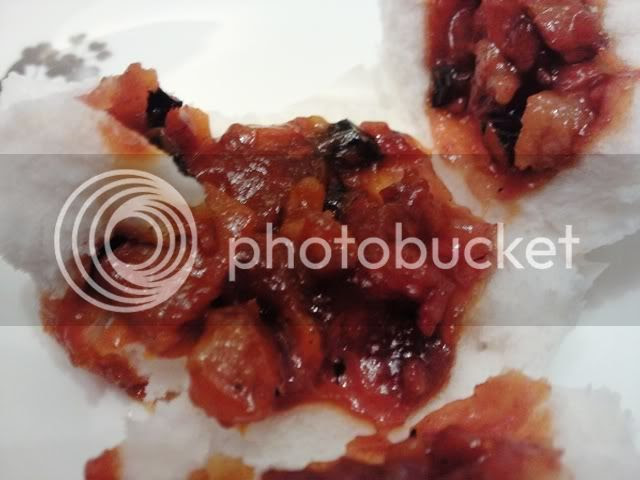 The pao skin is very soft and fluffy, and the chef really knows how to BBQ the Kurobuta pork. The end result is one of the best Char Siew Bao I have tried here in Singapore. 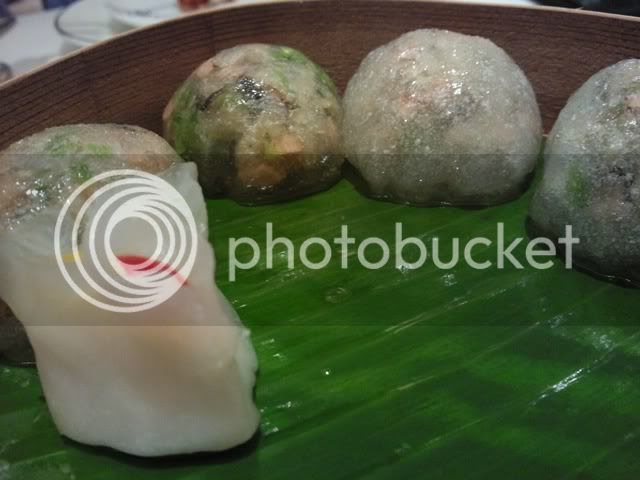 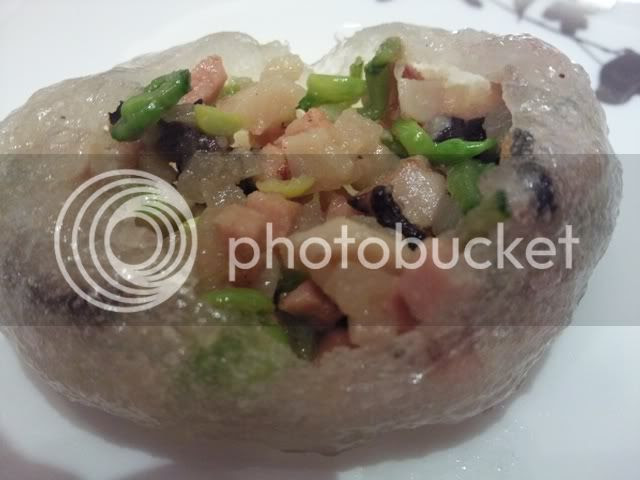 It is chokeful of ingredients. Skin is translucent (sign that this was made by a good dim sum chef), and fillings are fragrant. 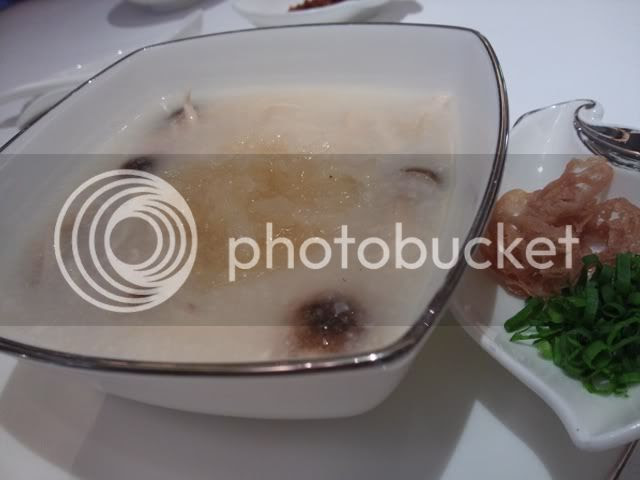 鸡丝燕窝粥 Birds Nest Porridge with Shredded Chicken, Honshimeiji Mushrooms and Conpoy (1 for S$10) - I think this was okay only. The porridge was a bit too "watery". Everyone knows that Birds Nest has not much taste to it, so when added to porridge, didn't really contributed much to the overall taste. Perhaps only the texture. 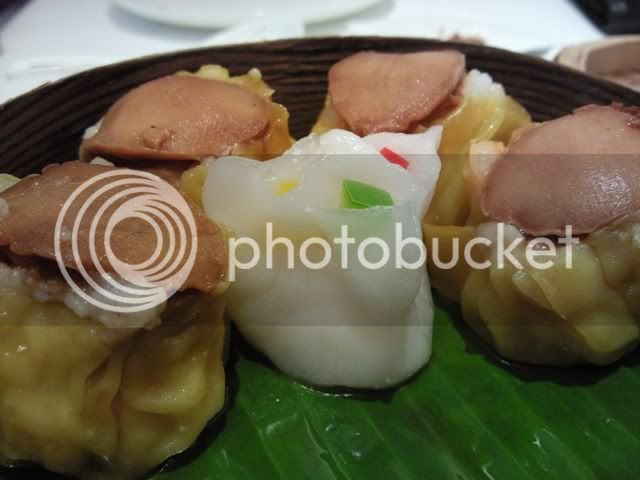 These siew mais were probably one of the most extravagant versions served here in Singapore. The 鲍鱼烧卖皇 Steamed Siew Mai Dumplings Topped With Abalone (4 for S$12.00) had a small whole abalone topped on each of the Siew Mai. 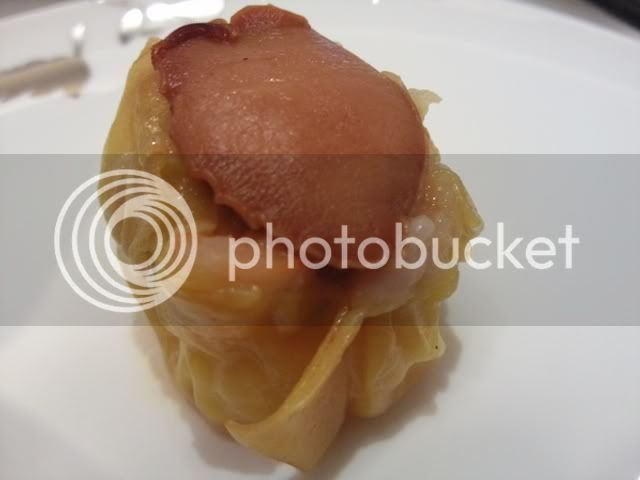 Was it worth it? You bet. The Siew Mai was superbly good. The combination of prawns and pork never fail. And the abalone was really sweet and flavourful. This is a great example of how a high price tag is justified. 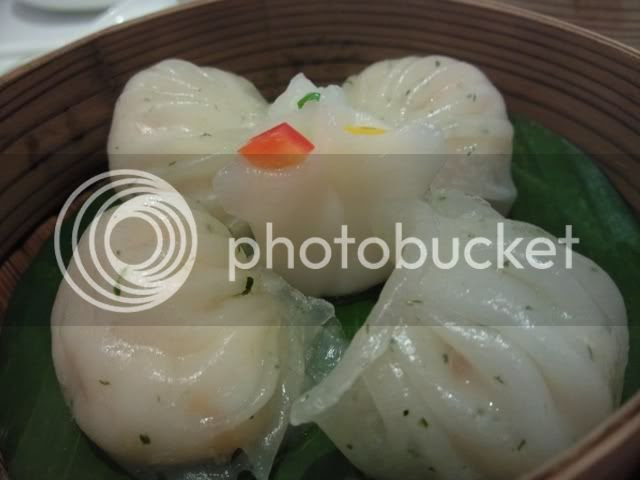 On the other hand, I find the 凯嘉翡翠虾饺皇 Steamed Spinach Har Gau with Bamboo Shoots and Chinese Celery (4 for S$6.80) pretty normal. Given a choice, I would have another serving of the Siew Mai. Perhaps my expectations went up after the excellent Siew Mai. 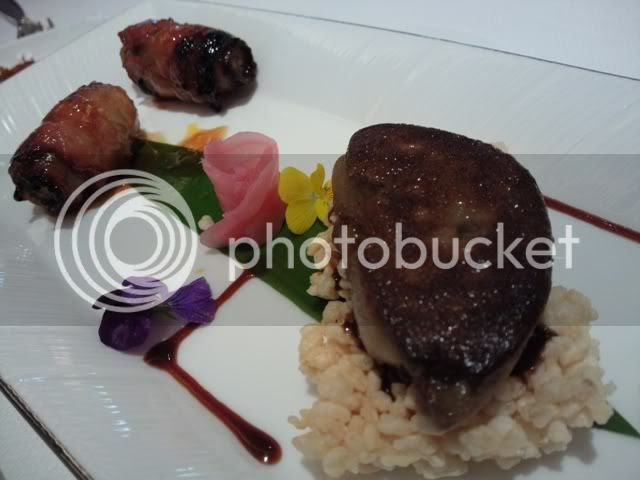 鹅肝松露烟肉卷 Combination of Pan-fried Foie Gras and roasted Bacon rolls with Black Truffles, Salted Egg Yolk and Flower Mushrooms (S$18.00) . The quality of Foie Gras was good, comparable to those from French restaurants. 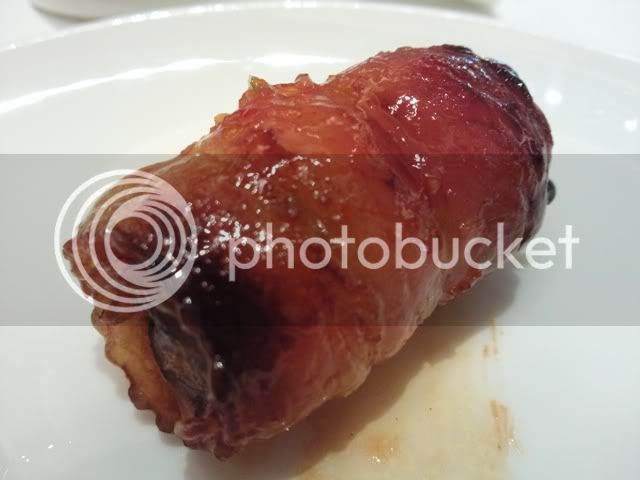 Bacon seems to be the trend now in the culinary world. What used to be frown for being too high in fats, is now making a comeback in both western and chinese dishes. The bacon roll was superbly grilled with a savoury sweet sauce. The mushrooms and salted egg yolk added some crunch to the roll. Pity I could not detect the black truffle. 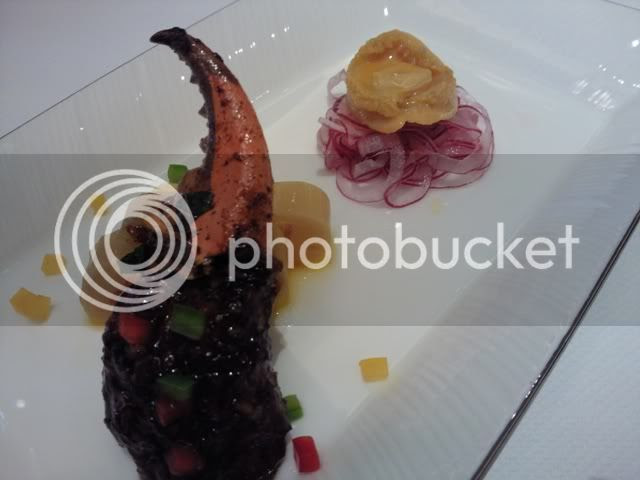 黑椒蟹钳白玉鲍 Combination of Pan Fried Sri Lanka Crab Claw in Black Pepper Sauce and Chilled Baby Abalone with Fragrant Orange Sauce (S$18.00) . The crab claw was really sweet. But what really attracted us was this crunchy vegetable below the crab claw. Am not sure what it really was, but it was crunchy, sweet and savoury all at the same time. The chilled baby abalone with orange sauce was ok. 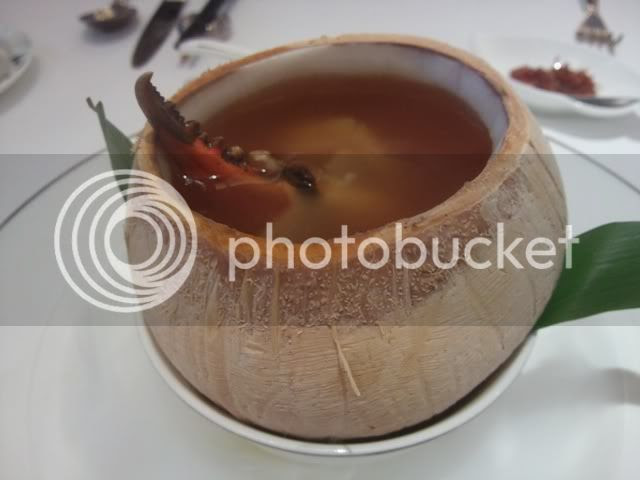 It's weird how they served the soup for last. The 椰皇花轿炖螺头 Double-boiled Crab Claw with Fish Maw and Sea Whelk served in Thai Young Coconut (1 serving for S$24.00) lacks flavour. Seriously for a S$24 serving soup, we were expecting more flavour from the soup. 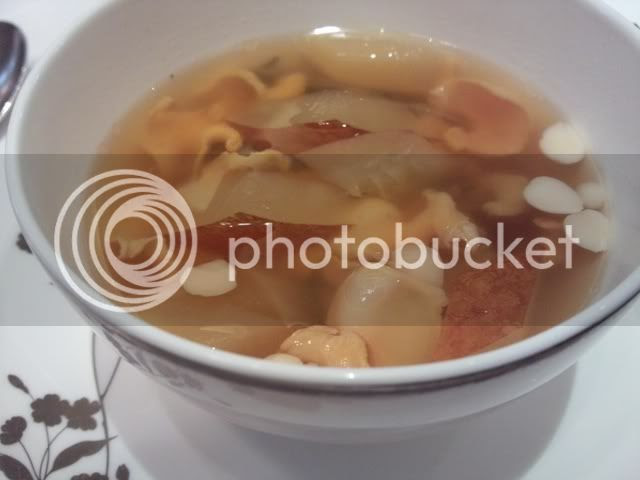 Ironically, their relatively cheaper 每日例汤 - 老黄瓜汤 Daily Soup - Old Cucumber Soup (1 serving for S$12.00) was much better. So here, it is a good example of how the high price tag was not justified. 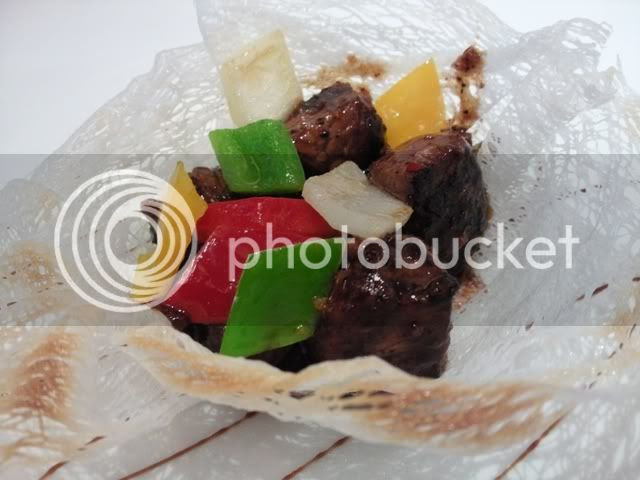 Our final dish was the 黑椒和牛柳粒 Wok Fried Diced Australian M9 Wagyu Beef Tenderloin with Black Pepper(S$38.00) . The beef was tender and juicy, and well fried with the black pepper sauce. 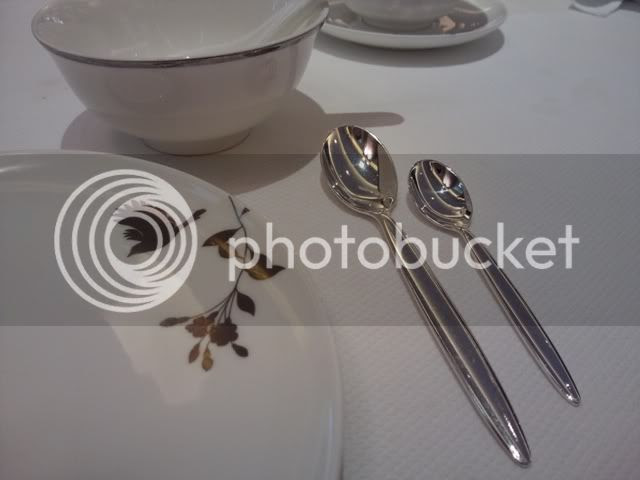 The table was cleared and dessert were served. I find their Narumi china very exquisite with the birds and branches design. 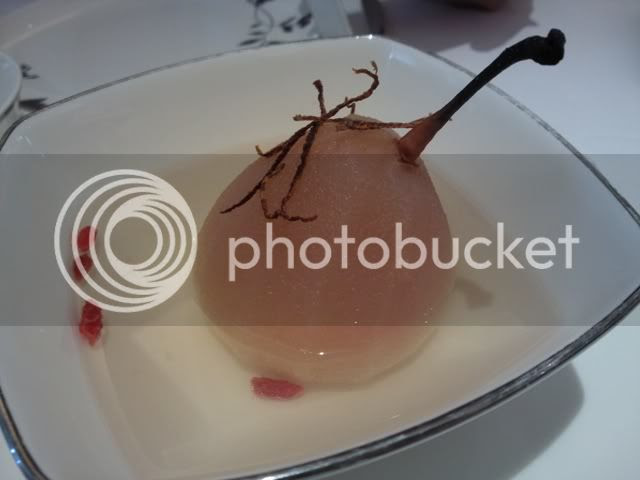 This was one of their highly recommended dessert 陈皮炖雪梨 Double-boiled Tianjin Pear, infused with Tangerine Tea (S$8.00) . And it was really good. Tender and soft Tianjin Pear which had been double boiled with the peels of a tangerine. 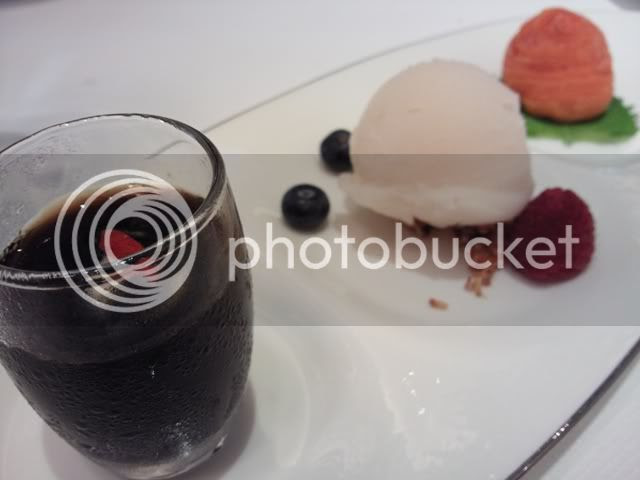 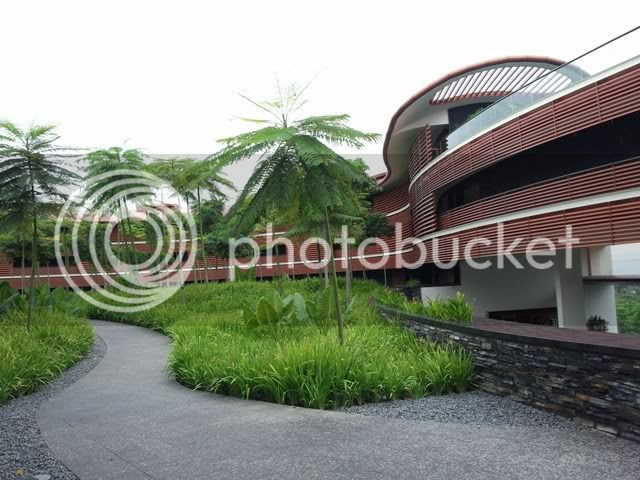 Although it can be quite a hassle to drive into Sentosa (or shuttle bus for diners who don't drive), but it's well worth the trip for Dim Sm at Cassia.

If you are running out of ideas of where to Yum Cha, do come to Cassia for a try of their Dim Sum dishes. I think you will not be disappointed.