Rendezvous Hotel used to be associated with Nasi Padang. However, with the relocation of the Nasi Padang shop, a new group of restaurants have moved in to the newly renovated hotel. 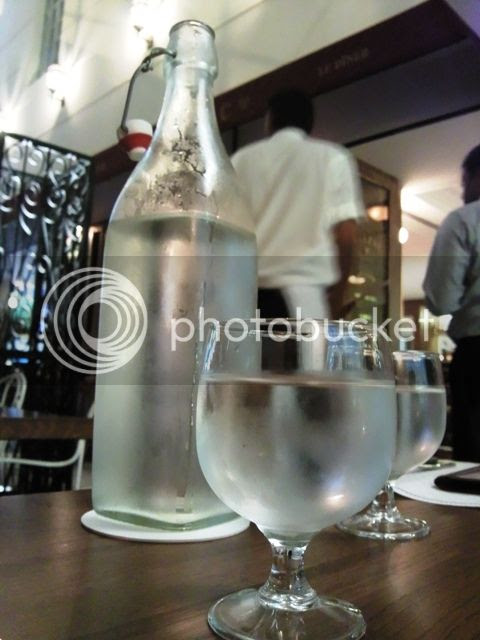 The chef of the ex-French Kitchen has decided to helm the new Balzac Brasserie. It's not difficult to locate it as it faces the School of the Arts next to Cathay cinema. 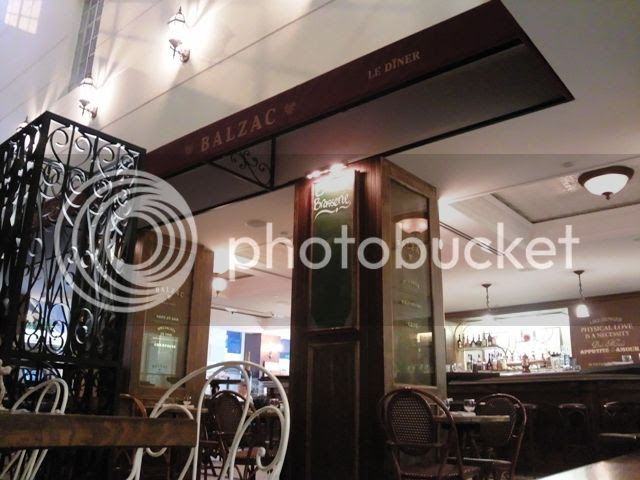 The decor in this restaurant catches our eyeball. Dining here is like dining in a Parisian restaurant. A section of the restaurant even boosts a 2 storey high wall. 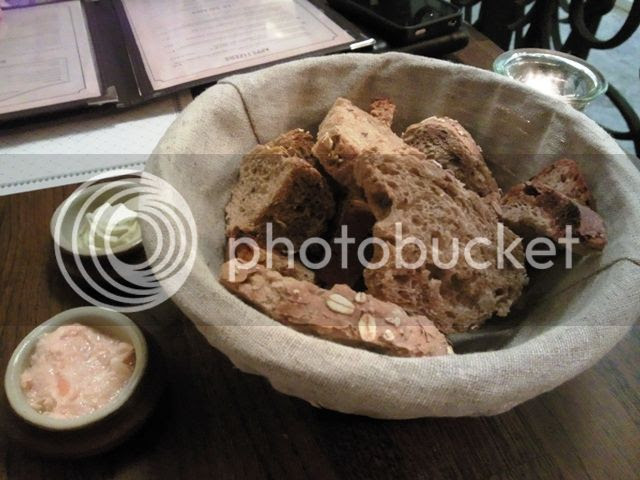 We like the breads here. Favourite would be the raisin bread. 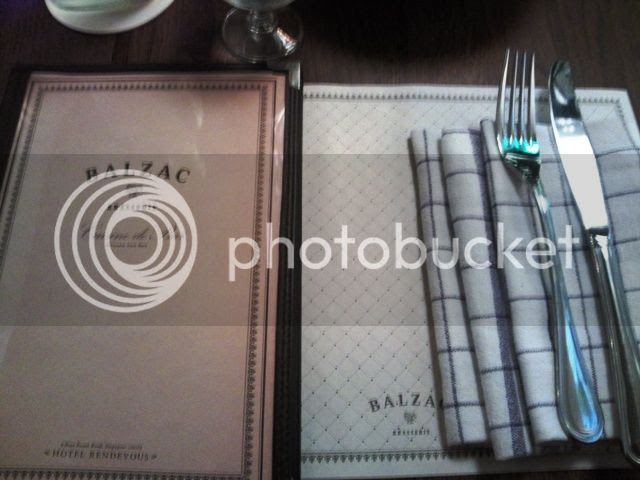 Everything is displayed very orderly. Like the European style napkin. 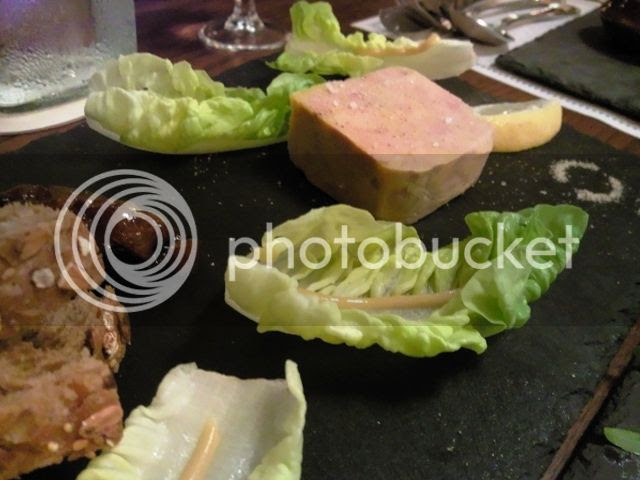 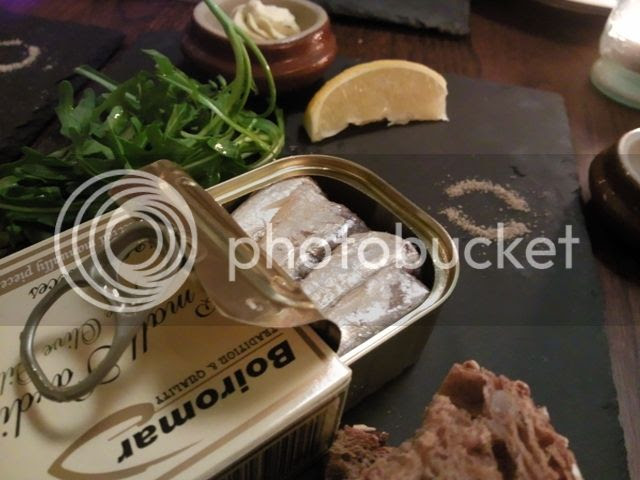 Vintage wild Galician sardines (S$18) in olive oil served warm with lemon, butter and farmer's toasts. Although this is canned sardines, but I must admit that the sardines were tasty and fun to eat. 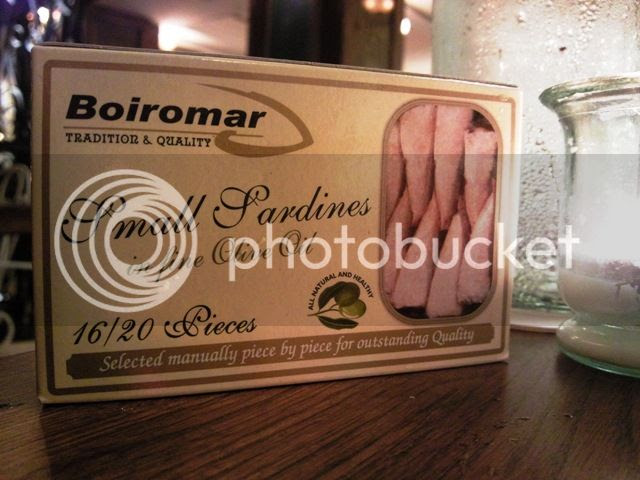 Anyone knows where we can get this brand of sardines in Singapore? 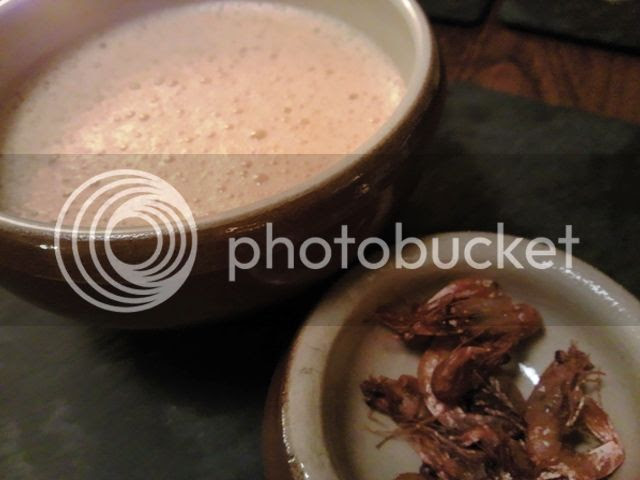 The soup here were great too. The Dubois' Lobster Bisque (S$16), served here with sauteed organic Mozambique prawns "black Qweli", had an intense seafood taste to it. These shrimps were served by the side for added texture to the soup. 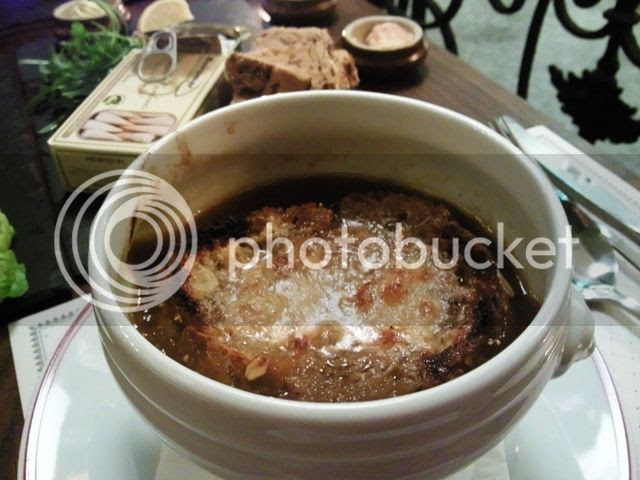 The Traditional French Onion Soup (S$14) with Gratinated gruyere cheese was also a delight. This is a less salty version of the french onion soup, and I prefer this version rather than the real 100% authentic ones served in Paris. Less salty, but still as delicious. 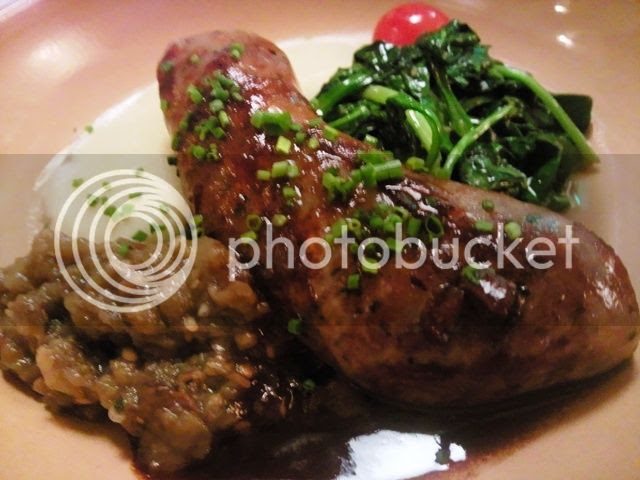 Toulouse Sausage (S$24) - Pan fried Kurobuta pork sausage served with sauteed spinach and pommery mustard sauce. Find this dish quite unique. However, the verdict was mixed on this dish. 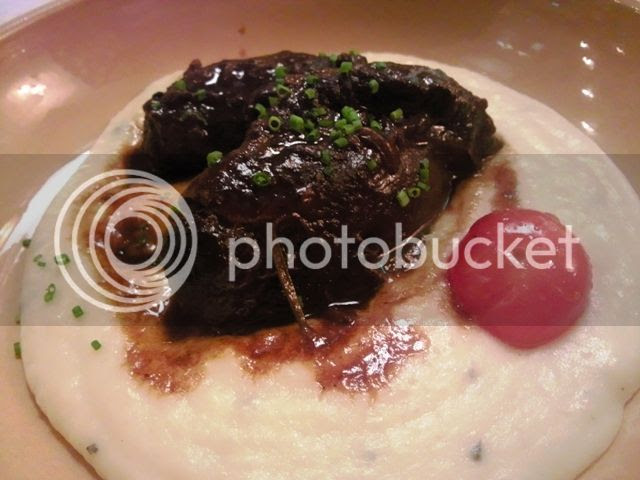 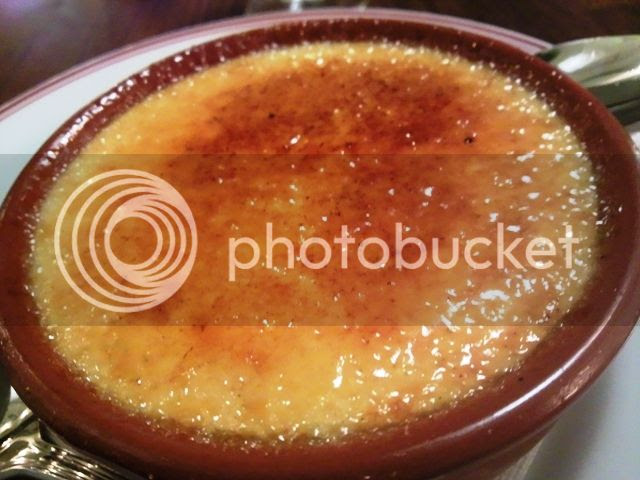 Ended our dinner with Balzac's Creme Brulee (S$9) with Tahitian vanilla. It had a crunchy caramelized crust, and a creamy egg filling. Recommended.