It's been a while since we returned to Clifford at Fullerton Bay Hotel. We first dined here when this hotel had just opened, and had quite an enjoyable time here. 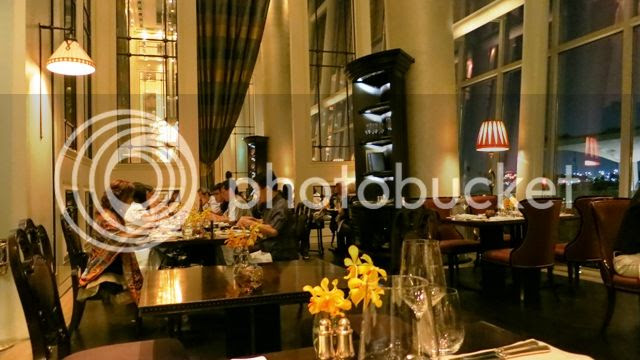 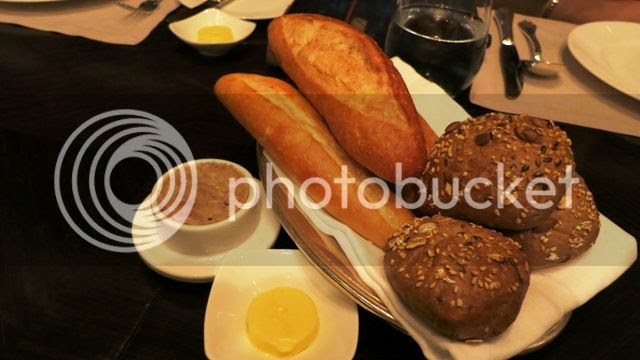 The bread here is warmed. Crisp on the outside and fluffy in the inside. Served with French butter and pork rillette. 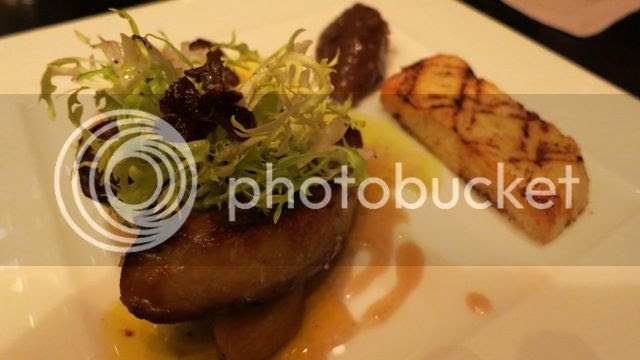 The Foie Gras (S$32) was crispy on the outside, and creamy in the inside. It has been pan seared with Maple Glazed Apples, Cress Salad and Fig Jam. 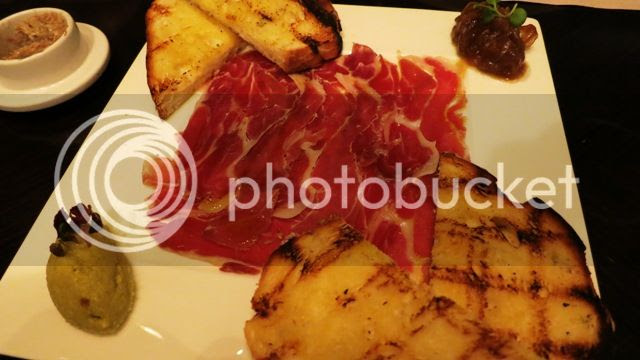 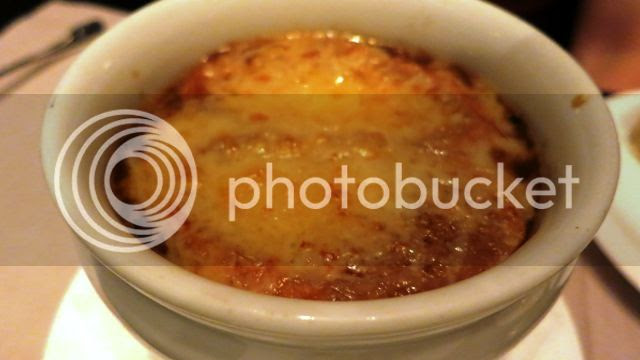 2 kinds of soups were available. First was the Traditional Rich Onion Soup (S$18) with with Melted Gruyère Cheese and Croutons. Nice robust taste. 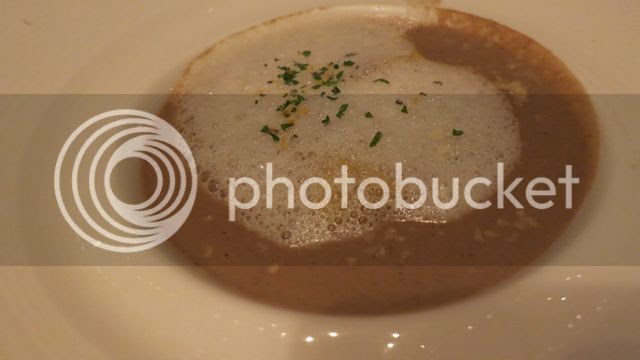 Another was the Porcini Mushroom Soup (S$24) with with Mascarpone Cheese, Truffle Ravioli and Parmesan Foam 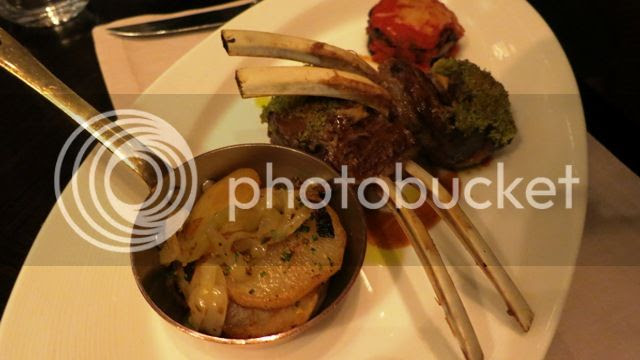 The Roasted Lamb Rack (S$52) with Mustard Herb-Crust, Aubergine Timbales, Pommes Lyonnais, was one of the best we had tried in recent times. The lamb was really tender and juicy. 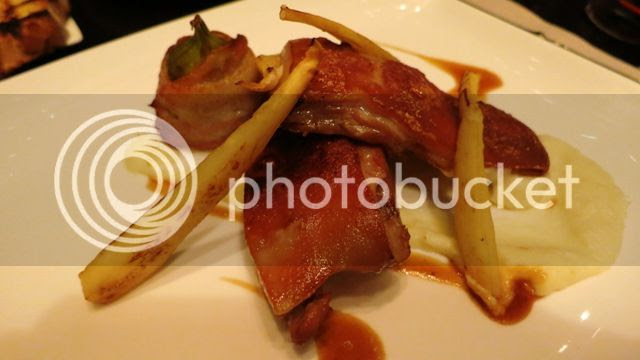 Also good was the Suckling Pig (S$46) with Bay Leaf, Bacon, Roasted Figs, Parsnip Puree and Truffle Jus.The skin was crisp and crusty, and most of the fats underneath it has already melted away. 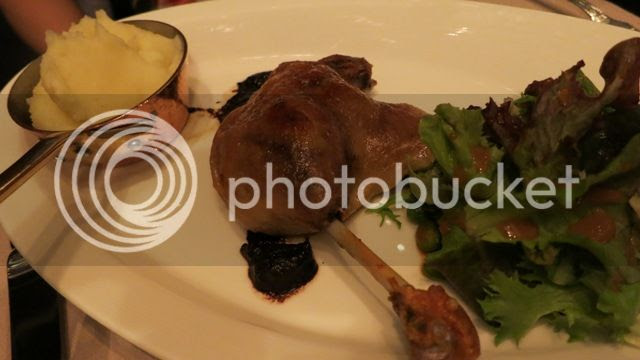 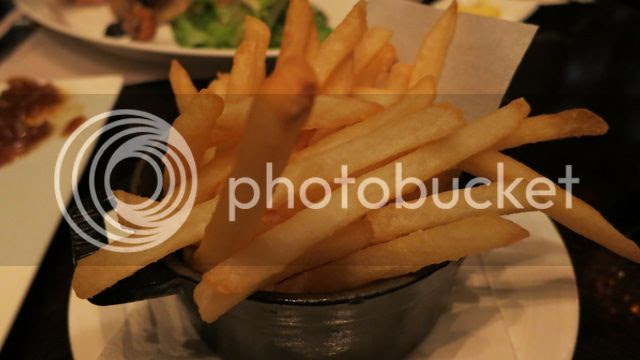 Truffle scented Fries (S$14) to be shared among everyone. 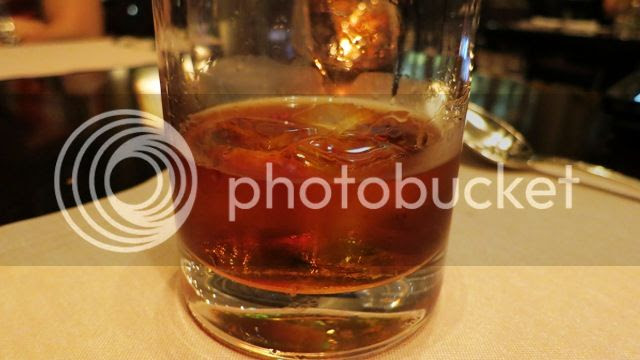 Was in the mood for rum, so had this Zacapa 23 years (S$20 per glass), which till today I still cannot find it at other restaurants in Singapore. 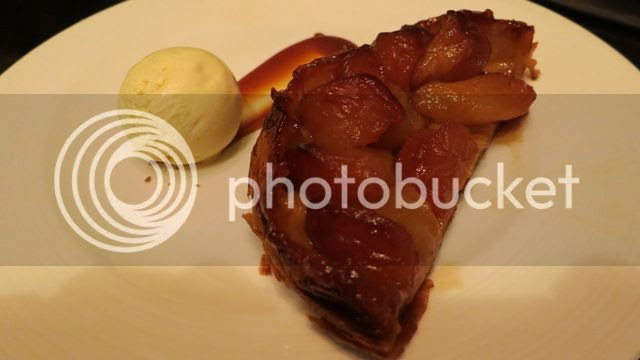 After the huge feast, we still had to make room for desserts. First was their Signature Apple Tarte Tatin (S$32 for 2). It was good, but we were too full to finish everything. 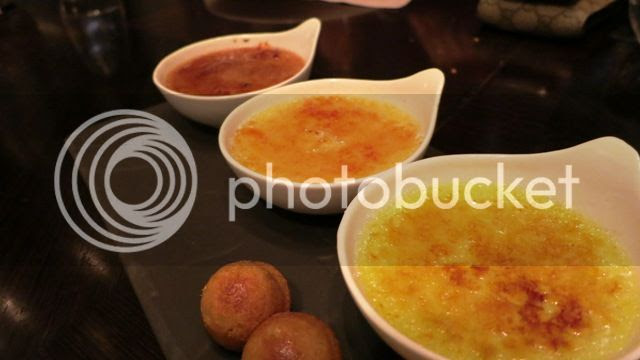