Had lunch with danieru弁～～V(^o^)V at Bistro Du Vin on a weekday. 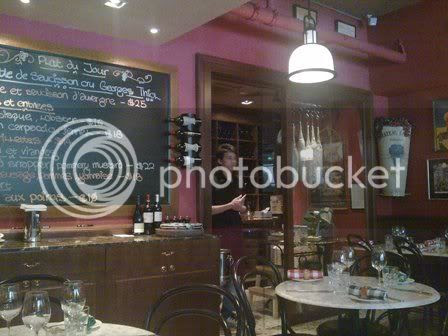 Bistro Du Vin was serving a special set lunch set at S$30++ on weekdays, and it consisted of an appetizer, main course and dessert. The bistro was not fully packed, unlike dinner time when it was difficult to find a set after 8pm. 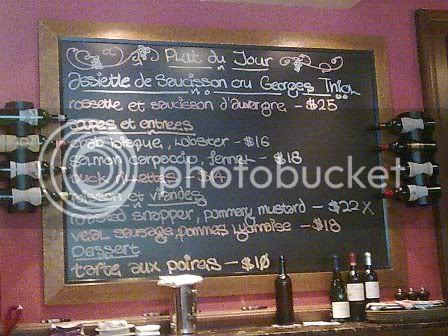 Other than what they had on the menu, they also serve daily specials, which was written on the blackboard. 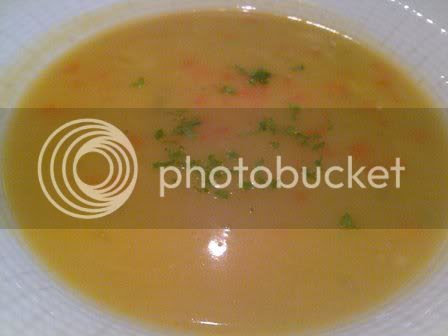 I had the Pumpkin Soup with New Zealand clams. Soup was not very rich, unlike normal pumpkin soups. The clams were sweet and I enjoyed the tiny bits of crunchy vegetables in my soup. 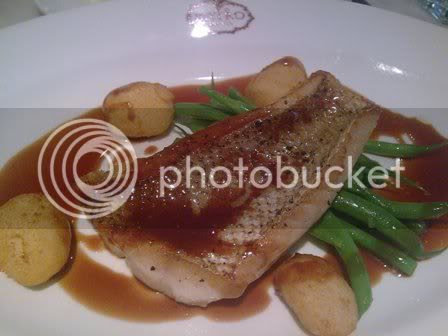 Pan roasted seabream with red wine sauce. After watching Julia & Julie, I was quite tempted to try pan fried fish done ala French style. Although Bistro Du Vin didn't had the butter pan fried fish, but the red wine sauce version is good too. Seabream is moist and fresh. But I didn't like the beans as I though it had a strange "raw" taste to it. Potatoes were good though. 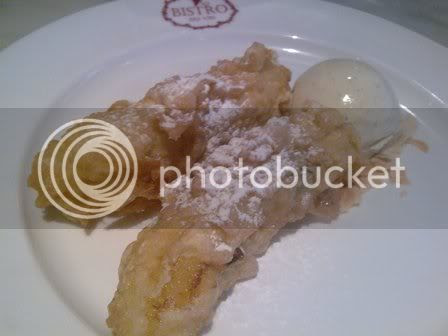 Battered banana with homemade vanilla ice-cream. It's essentially goreng pisang. The batter taste exactly like a good goreng pisang should be. Not too impressed with the dessert, and I wonder if the French really ate goreng pisang back in Paris. Homemade ice-cream was good. 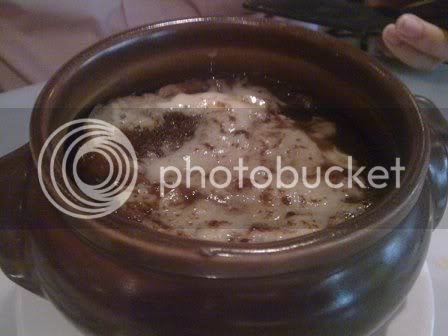 Meanwhile, danieru弁～～V(^o^)V ordered dishes from the ala-carte menu. He started off with the French onion soup, which is a specialty in the restaurant. Do take note that the salt content is higher than your usual soup, but this is to bring out the sweetness of the onions. The cheese on top was quite sinful though. 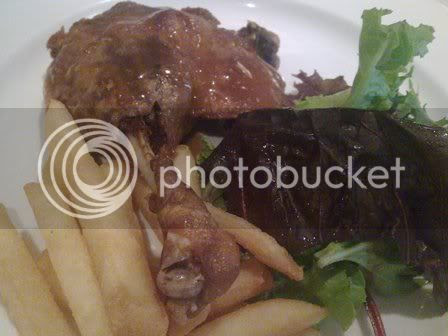 Duck confit, another specialty of the restaurant. Those on diet should totally avoid this dish, as the duck leg is poached in its own fat till soft before being pan fried again to make the skin crispy. It's ultra sinful, but also ultra delicious. However, my all time favourite duck confit is still from Le Fig at Camden Medical Centre. 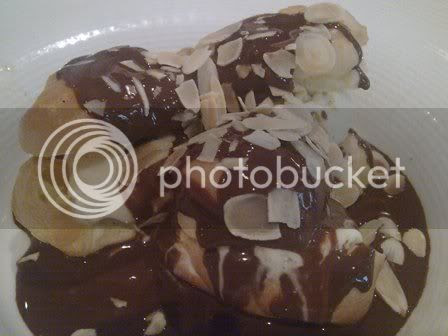 Profiteroles - Light choux buns with vanilla ice cream and warm chocolate sauce. Another ultra sinful dessert. But to me, it is absolutely worth the calories and fats!